Jerusalem artichokes are really good roasted, but I wanted to try pan searing them.  I thought that just Jerusalem artichokes and pasta would be boring.  So, I went out to the garden where there were some late baby broccoli (second round of blooming).  The neat thing about them is that the small leaves were also tasty, so that would be incorporated as well.  And, finally, to add some more flavor and liquid, I defrosted some tomatoes I had roasted in the summer (see tomato confit). 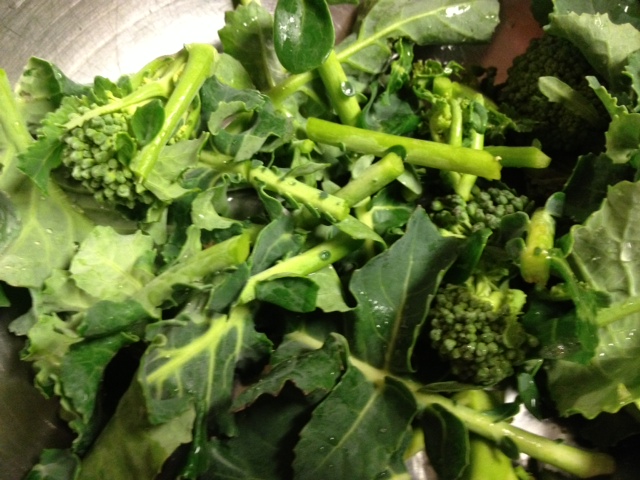 It was a funny scene in my kitchen, I had planned and typed out the directions of what I planned to do a few days ago.  So, there I was, computer on one end of the counter, running to it to type every time I made a change from what I had planned to what I actually did.

The verdict? This was absolutely delicious! I think I was more surprised than anyone else, since this was a total experiment.  Truly, I never thought Jerusalem artichokes could taste so good!

Bring a large pot of salted water to boil and cook the linguine according to package directions. Drain.

While the water is heating and pasta cooking, heat a large nonstick skillet over medium-high heat.  Add 1 1/2 Tbsp olive oil. Add the Jerusalem artichokes and cook, stirring occasionally, until browned on both sides and cooked through, about 15 minutes.  If they do not appear to be cooking through, you can place a cover on the pan for a few minutes. Season with salt. Remove the Jerusalem artichokes from the skillet. 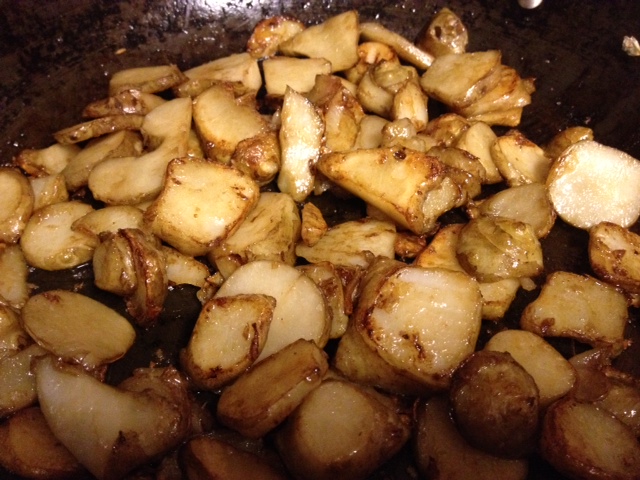 Add another Tbsp of oil to the skillet and return to medium-high heat.  Add the broccoli and garlic, cook til crisp tender, stirring frequently, about 4 minutes.  Here is my little trick… Add the Jerusalem artichokes back into the skillet, add about 1/4 cup of water and quickly place the lid on top.  Steam the vegetables for 2 to 4 minutes, until the vegetables are perfectly cooked through.  Remove from skillet.

Place the skillet back over medium heat, add the roasted tomatoes and cook for 2 minutes. 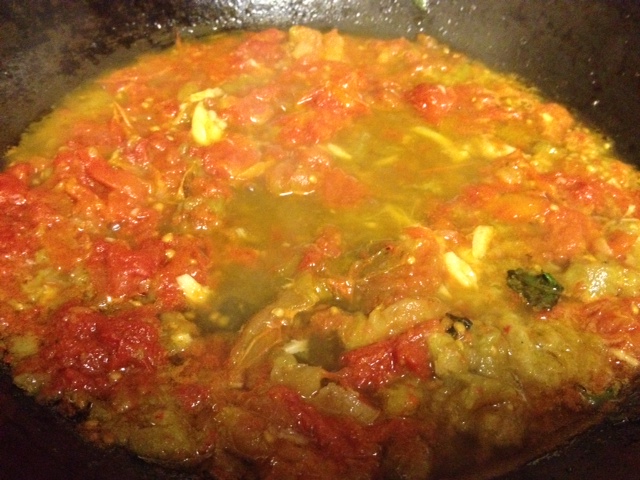 Turn off the heat.  Add the drained pasta and Jerusalem artichokes and broccoli  to the skillet, season with salt and pepper (if necessary), and toss to combine.