Thanks to Yotam Ottolenghi, I now have another dish I will be making over and over again. A couscous comfort food, a version of couscous that is very reminiscent of Persian rice with a nice tadig crust. The cooking method that adds the crust add that nice crisp texture that is often lacking in couscous recipes. 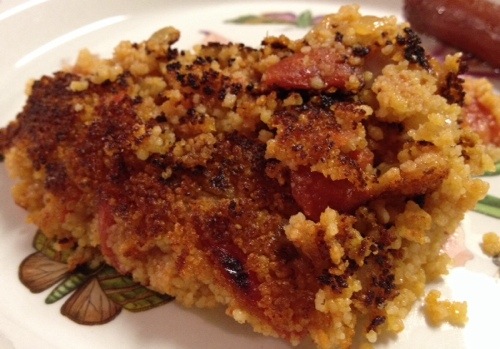 I am including two versions of this, one which I made in the summer with fresh tomatoes from the garden, the other made in winter with canned tomatoes.  They were both equally tasty.  If you are using canned tomatoes, be sure to squeeze all the liquid out or you will need to cook the tomatoes longer to cook off more of the liquid – too much liquid would make the dish mushy. 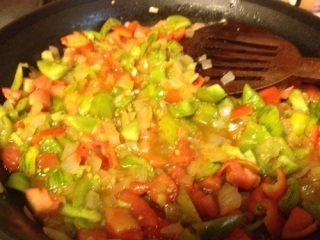 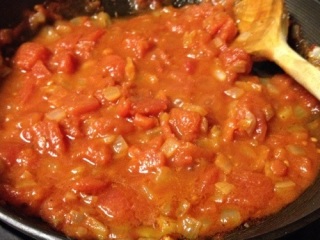 I have had difficulty getting the top of the crust to come off cleanly from the pan.  But, no worries, it just isn’t as pretty to look at whole, but once it is served, it does not matter.  The first time I made this, I did not get as dark a crust, so I now raise the heat at the end for a few minutes to crisp up the crust.  It works well, just be careful not to burn it. 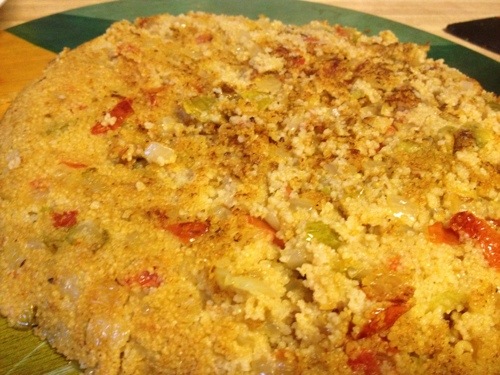 We have had this as a side dish with a variety of mains, ranging from frittatas to hot dogs (it is a variation on one of my husband’s favorite creations – hot dogs and rice).

One last thing – I need to include this picture – these were the mix of tomatoes I used from the garden, aren’t the colors beautiful? The green zebra tomatoes were actually volunteers that grew out of the compost bin (yes, we basically had a second garden full of volunteers growing from the compost bins). 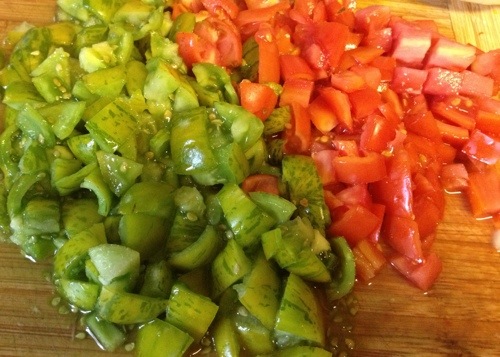 Couscous with Tomatoes and Onions

Pour 2 Tbsp of the olive oil into a nonstick pan about 8 1/2 inches in diameter and place over medium heat.  Add the onion and cook for 5 minutes, stirring often, until the onion is softened but not colored. 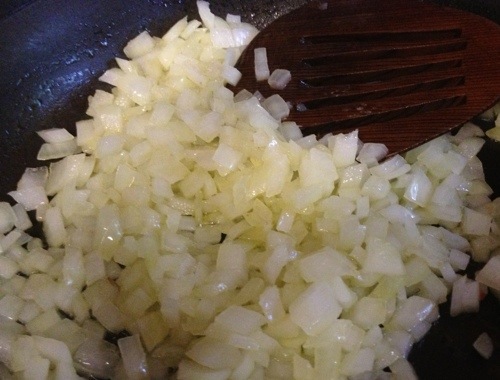 Stir in the tomato paste and sugar and cook for 1 minute. 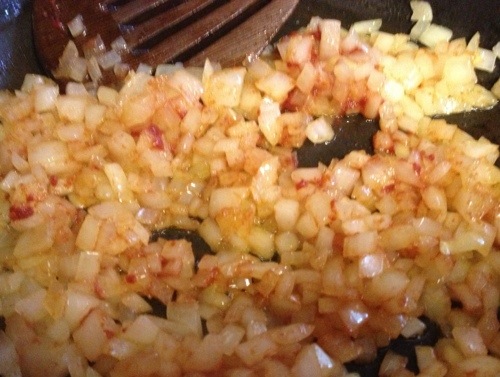 Add the tomatoes, 1/2 tsp salt, and some black pepper and cook for 3 minutes (if using canned tomatoes, cook 6 minutes).

Meanwhile, put the couscous in a shallow bowl, pour over the boiling stock, and cover with plastic wrap.  Set aside for 5 minutes. 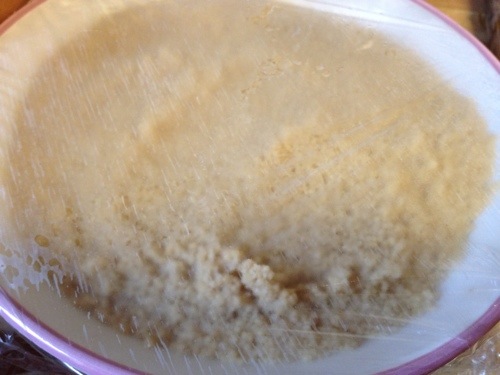 Then remove the cover and fluff couscous with a fork. 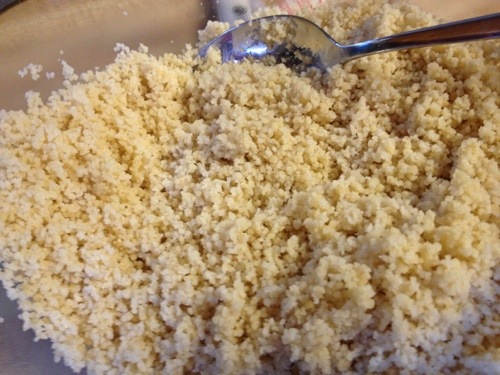 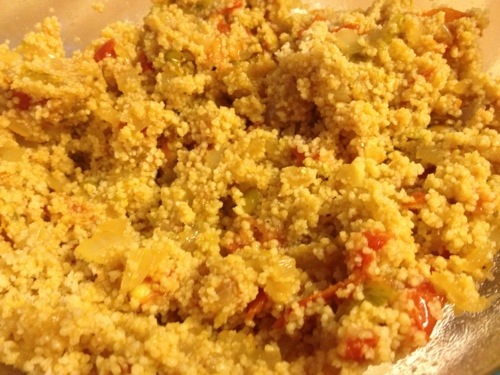 Wipe the pan clean and heat the butter and remaining oil over medium heat.  When the butter is melted, spoon the couscous into the pan and use the back of a spoon to pat it down gently so it is all packed in snugly. 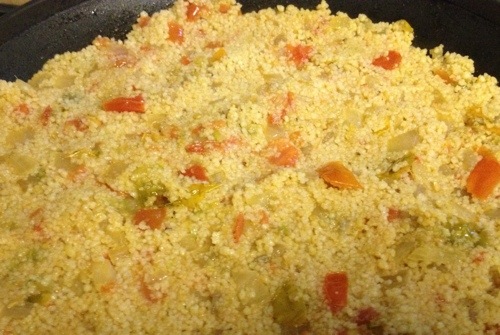 Cover the pan, reduce the heat to low, and steam the couscous for 10-12 minutes, or until you can see a light brown color around the edges. (I turned the heat up to medium high for about 3 minutes at the end, which added a nice crispiness). Use a spatula to peer under the edge, you want a really crisp edge all over the base and sides.

Invert a large plate on top of the pan and quickly invert the pan and plate together, releasing the couscous onto the plate. 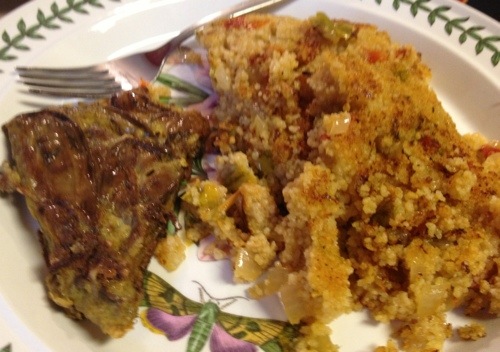