Farmer Kim brought me my latest food challenge from his farm – Jerusalem Artichokes.  He sent about 5 pounds home with Arielle.  So we will be eating a few Jerusalem artichoke dishes over the next couple of weeks. 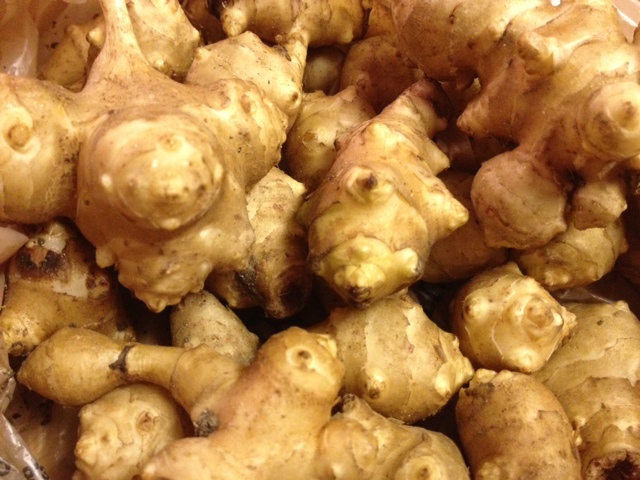 The first time I had Jerusalem artichokes was last year when Farmer Kim sent some over for me to test out.  I mainly roasted them with other veggies; it was the winter of roasted vegetables in our house.  This year I am prepared  – I now have the book Roots by Diane Morgan, which has several recipes for Jerusalem artichokes that look tempting.  One popped out – Pan-roasted Jerusalem Artichokes and Butternut Squash.  It call for about 1 3/4 pounds of squash.  Well, I have a 2 small squashes from my garden that total 1 3/4 pounds – a butternut and a kabocha.  So I will use a combination of the two. 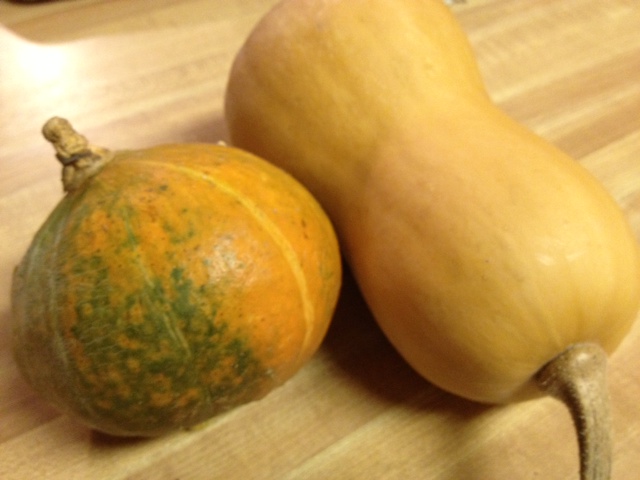 I apologize that there are not many pictures, I got so into cooking this, I forgot to stop and take pictures.  😦 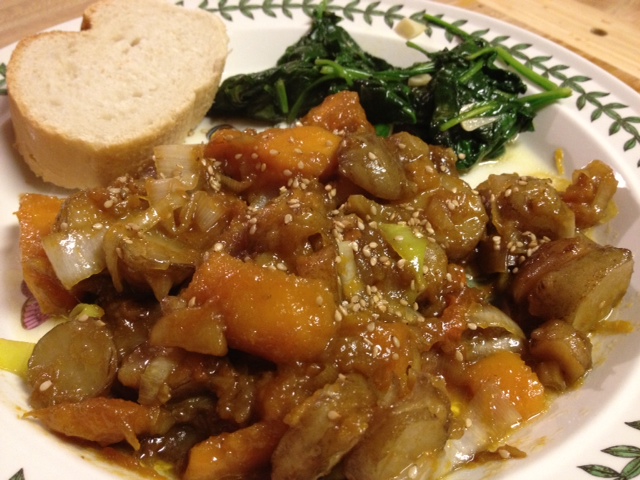 Position rack in center of the oven and preheat to 375F.

In a large ovenproof saute pan, heat the canola oil over medium-high heat.  Add the Jerusalem artichokes and squash and saute, stirring frequently, until the edges are golden brown, about 8 – 10 minutes.

Stir in the salt, transfer pan to the oven and roast the vegetables, uncovered, until fork-tender and caramelized, about 10 – 15 minutes.

Return the pan to the stove top over medium heat (REMEMBER – the pan handle is HOT!!).  Add the leek, maple syrup, water, soy sauce and sesame oil and cook, stirring frequently, until the sauce thickens to a glaze, about 8 minutes. 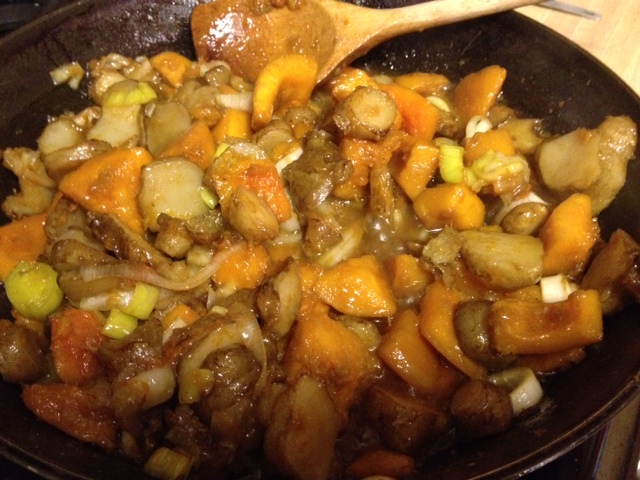 Transfer to a warmed serving bowl.  Garnish with sesame seeds and serve immediately.