Today was our first full day of travel, but it was a calm, fairly relaxing one.  We spent the day exploring western Maryland.  It was a hot, hot day, so we got an early start…exploring Monocacy National Battlefield.  If you don’t know what it was (which I did not, but Cam did), it was a battle that the Union lost, but fought long enough to enable reinforcements to be sent to Washington, where the Confederates were then defeated. 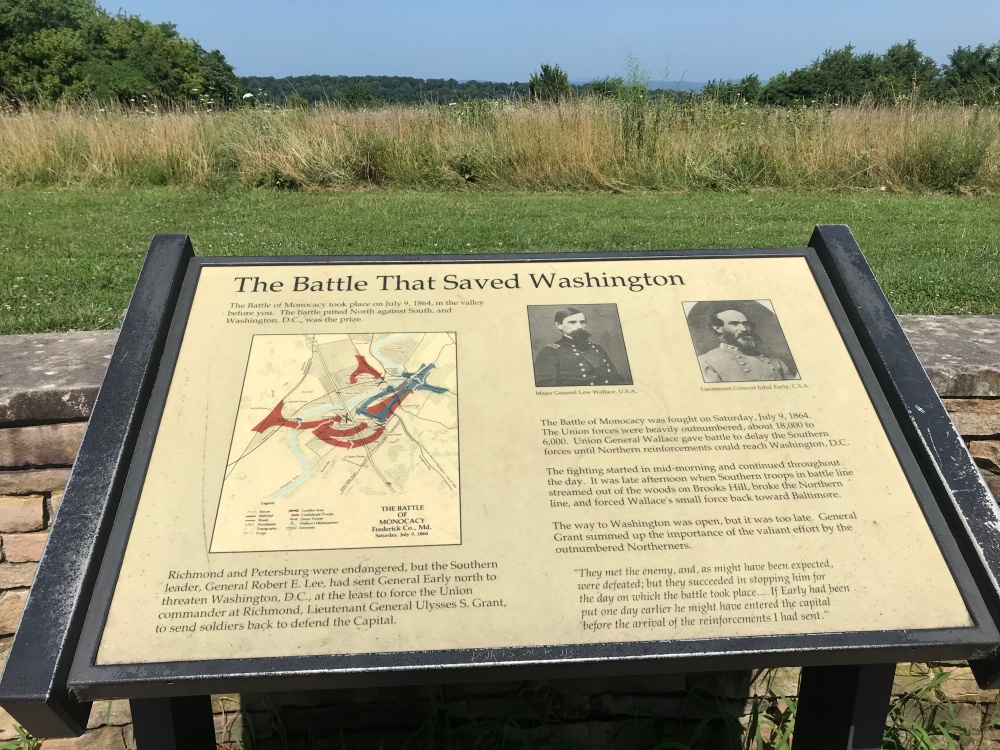 Both boys got into the visit, Cam earning his Junior Ranger badge and pin and Zuko practicing his best military ‘sit at attention’. It was a lot more fun than I thought it would be, walking the trails and picturing how the battle played out.  Cam was amazed at how much land it covered.  We had to drive from one part of the battle to another. 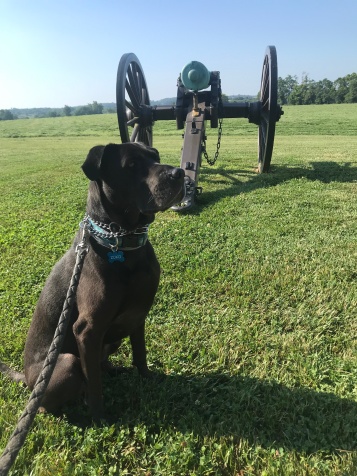 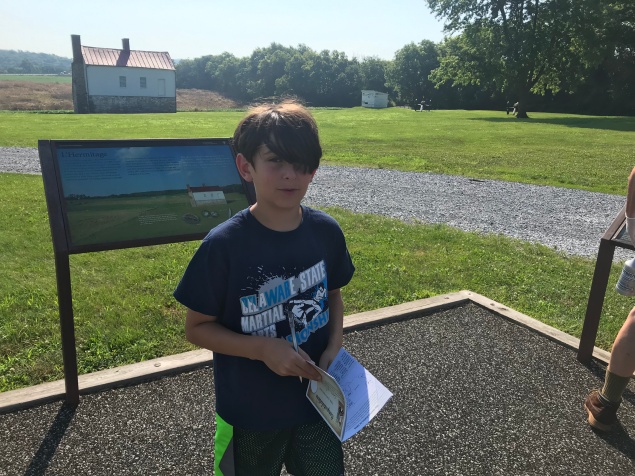 Lunch was our first opportunity to start training Zuko on restaurant etiquette.  We enjoyed a delicious tapas spread at  Isabella’s in historic Frederick.  There was shady outdoor seating and staff who really seemed to enjoy having the dog there.  Several came out to visit with him.  Zuko did very well lying calmly at my side while we ate.  He did decide that patatas bravas are yummy!  Cam and I both preferred the paella, but to be fair to Zuko, we did not share it with him (nor did Cam share his shrimp with me). 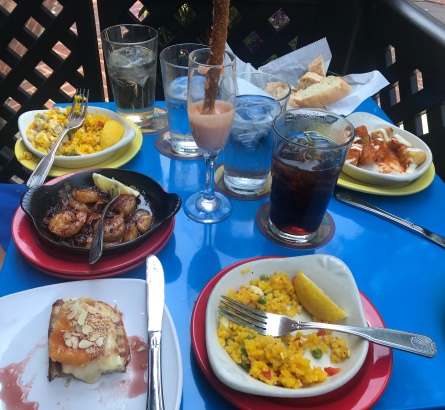 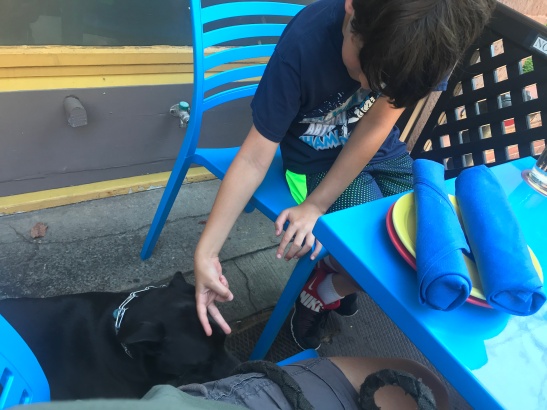 While the weather was hottest, we stayed cool in the lake at Rocky Gap State Park.  That was a real treat.  It was very funny watching Zuko spread his toes, lift his paw out of the water and splash, so that he could then chase after it.  He also knew how to swim without splashing, but it was very obvious that he was creating splashes on purpose.  Of course then Cam would get the dog to swim after him by creating splashes with his feet. 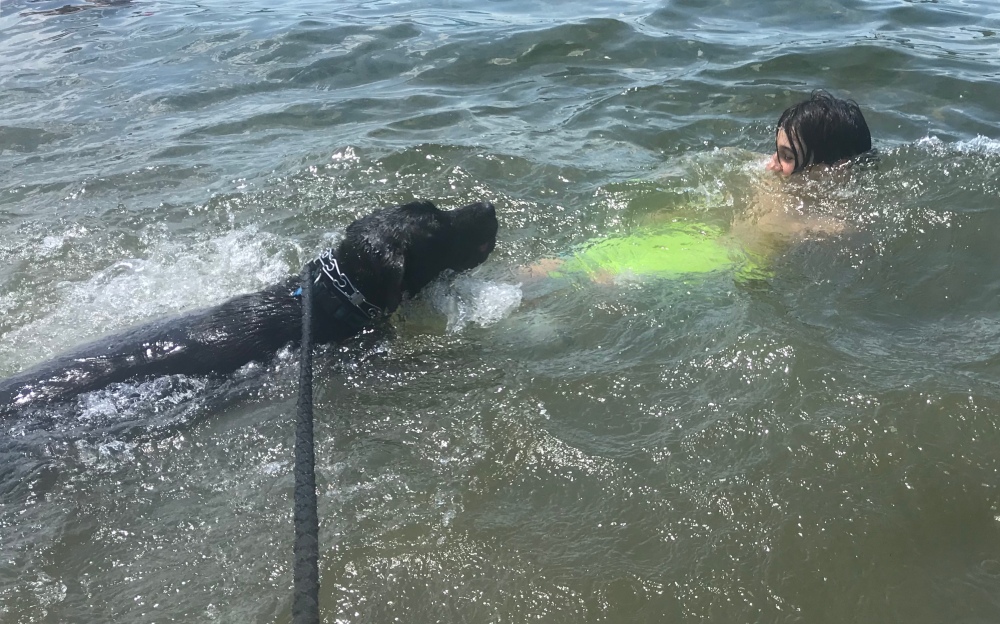 Tonight we are chilling.  This has been a long 15 months, with that past 6 weeks being truly exhausting.  I have to admit that I am looking forward to just snuggling up in the bed with a book.