How many ways can you say “yum!”? I think this may be my favorite noodle kugel recipe ever. 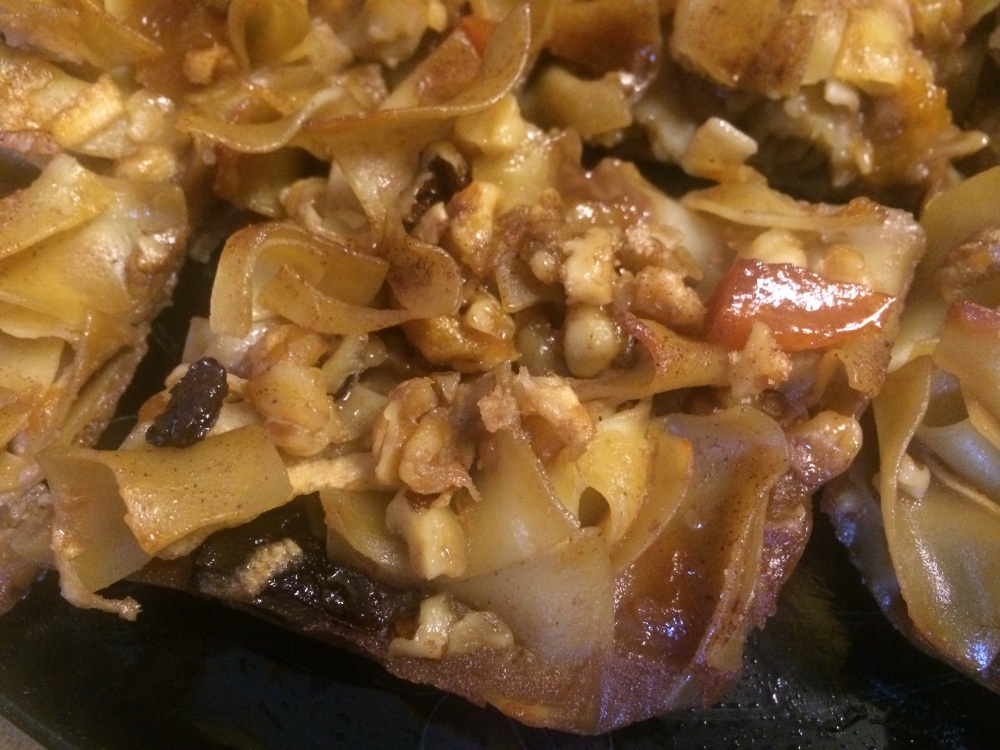 I guess is should give you some context. My cousin Bentzi lives in Israel and we have never met. But we have bonded over our mutual love of cooking and feeding people. 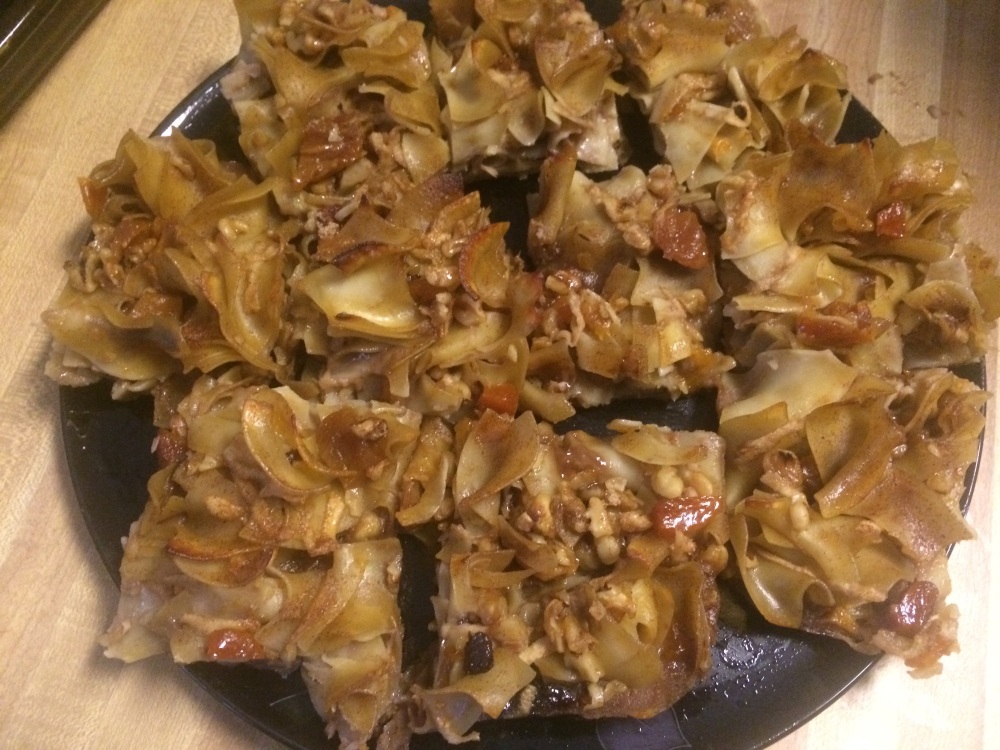 He sent me his recipe for noodle kugel, which was translated from Hebrew. As I was about to make it, I realized that I did not understand some of the translation, so I have probably tweaked his recipe a bit.  I guess this is my version of Bentzi’s noodle kugel. 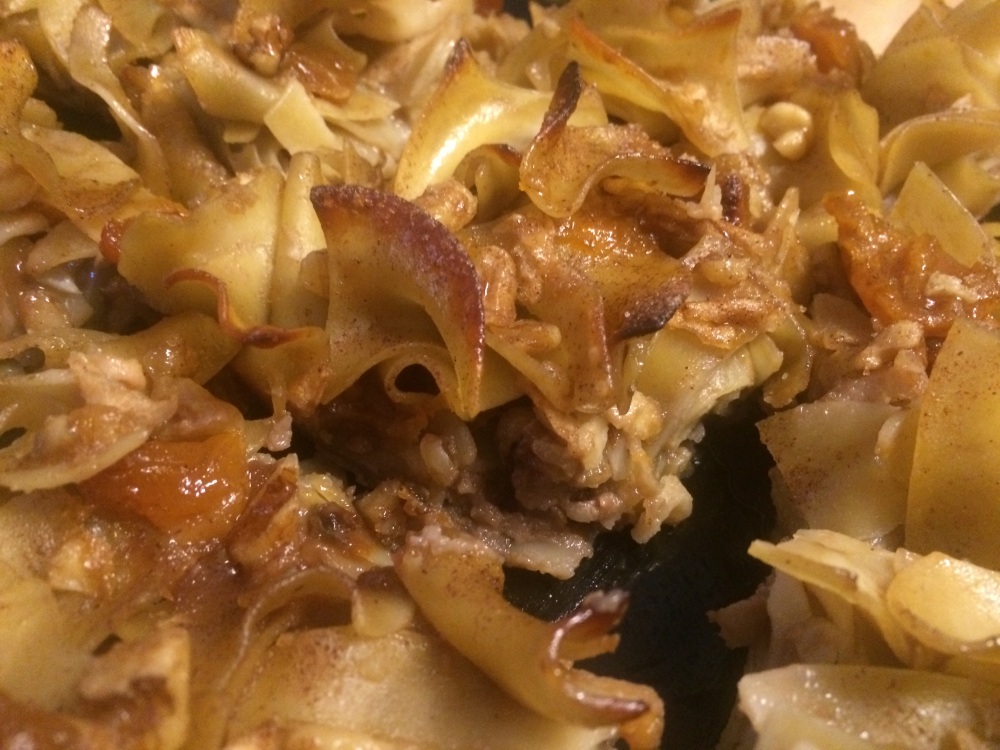 It was a hit even with family members who do not usually like noodle kugel.

Preheat the oven to 350F.  Line a baking dish with parchment paper (you can use either a 9×13 pan or loaf pans)

Cook the noodles according to package directions (til al dente). Drain and place in a large bowl with the butter (you can also toss them with a little oil first, I didn’t and the noodles did not stick together).

Add all the other ingredients except the cinnamon sugar. Mix well.

Transfer to the baking dish. Sprinkle with cinnamon sugar. 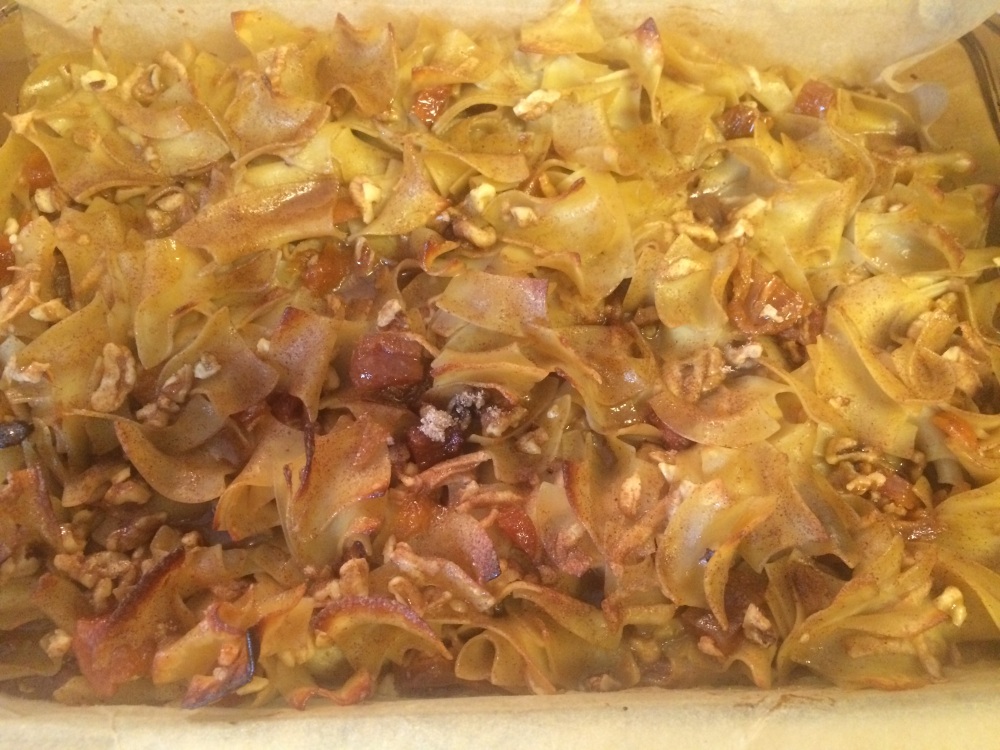 Serve warm or at room temperature and enjoy!