Spring has finally arrived in Delaware! And with it, the ability to get my garden tilled and ready for the main spring planing. My husband spent the afternoon enjoying the sunshine while the tiller shook his arm so much that his fitbit thought he did 27,000 steps! 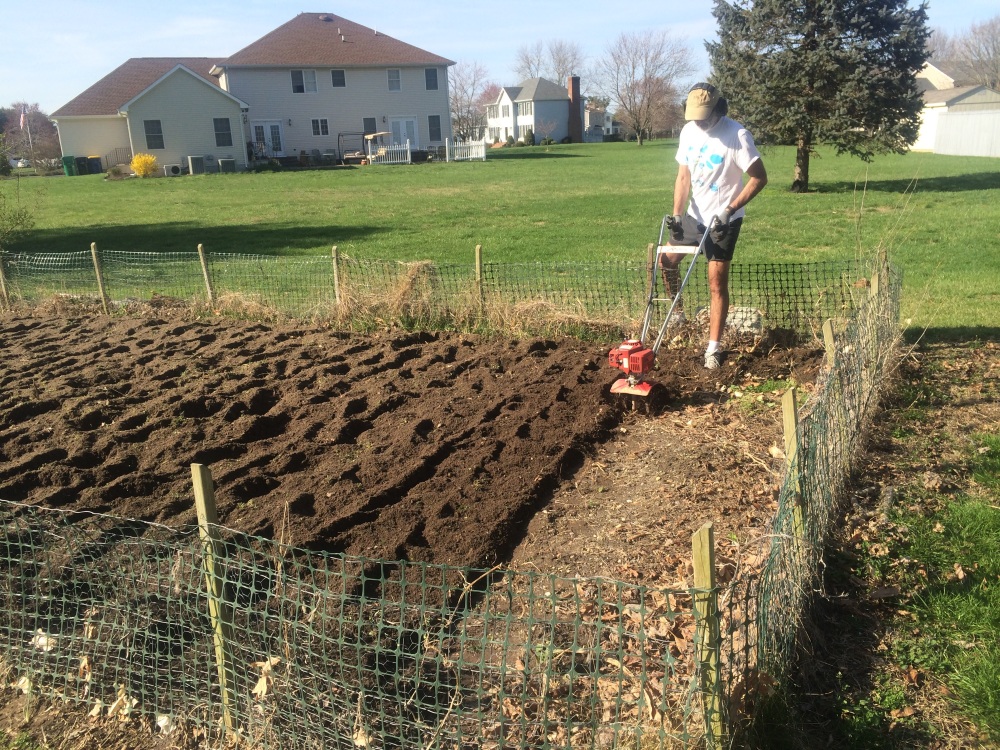 While he was busy in my garden (ok, our garden), I accompanied Cam to his first official race, a 1/4 mile race for kindergarteners and 1st graders.  Part of the Healthy Kids Running Series – what a great event this was.  He absolutely loved it. And announced that he would practice running in our neighborhood so he can get faster. 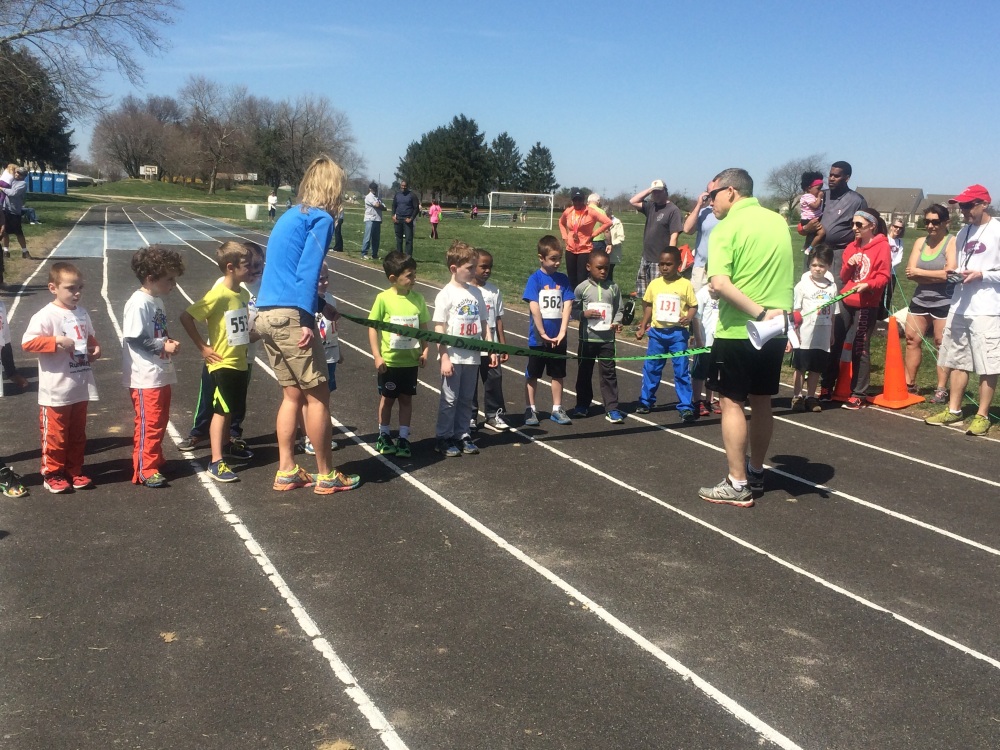 Spring also means that my local farm market is now open, so I now had green beans and asparagus from Fifer Orchards.  I decided to combine them with some edamame I had in the freezer and baby spinach as a side dish to have with our dinner. 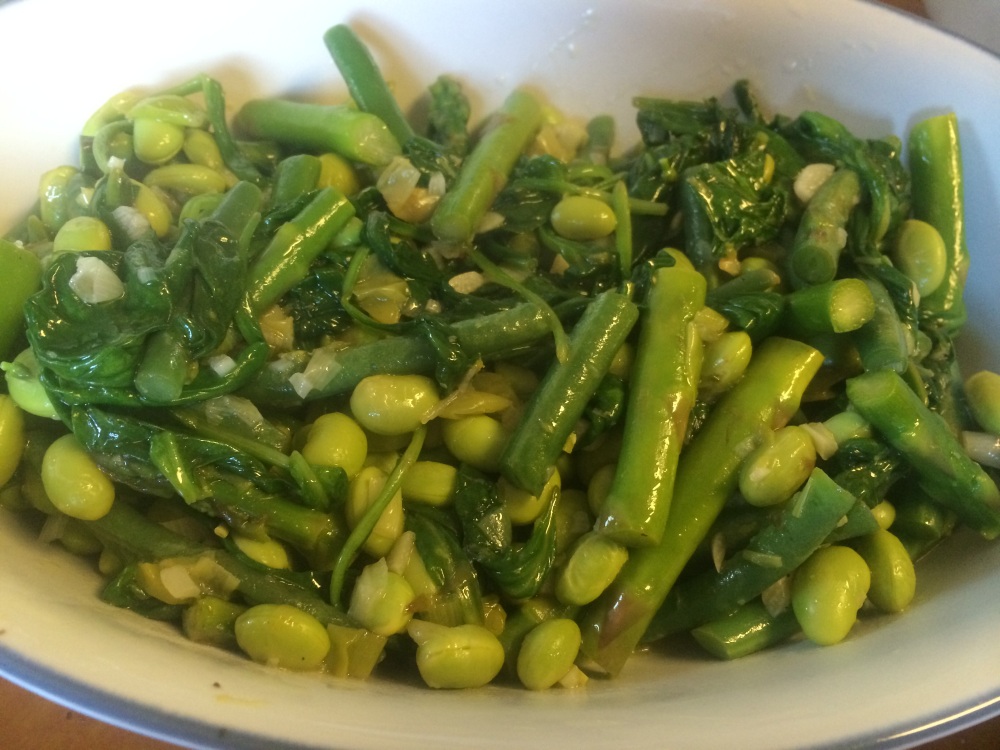 In a large heavy skillet, combine the scallions, garlic, oil, and broth and bring to a simmer over medium heat. Cover and cook for about 2 minutes, or until the scallion softens.

Add the asparagus, green beans, and edamame, cover for one minute, then uncover and sauté for about 2 minutes, or until the beans and peas are heated through.

Add the spinach and sauté for about 2 minutes, or until the spinach wilts and the asparagus is crisp-tender.

Stir in the lemon zest and juice. Season to taste with salt and pepper. Transfer to a serving platter. Serve immediately and enjoy!