It is always fun when leftovers turn into a tasty new meal.  I had planned on a Passover meatloaf for dinner, but the meat was not yet defrosted, so I checked my vegetable bin – half a cabbage and 1 leek unclaimed for any other meal. Add an egg and some matzoh meal, and I’d have cabbage leek latkes.

We had also stopped at Fifer Orchards for some fresh asparagus (one of my favorite foods they grow) and added local eggs for a tasty dinner stack.

Place the cabbage and leek in a bowl. Mix in matzoh meal and eggs and season with salt and pepper.  The mixing is really best done with your hands. 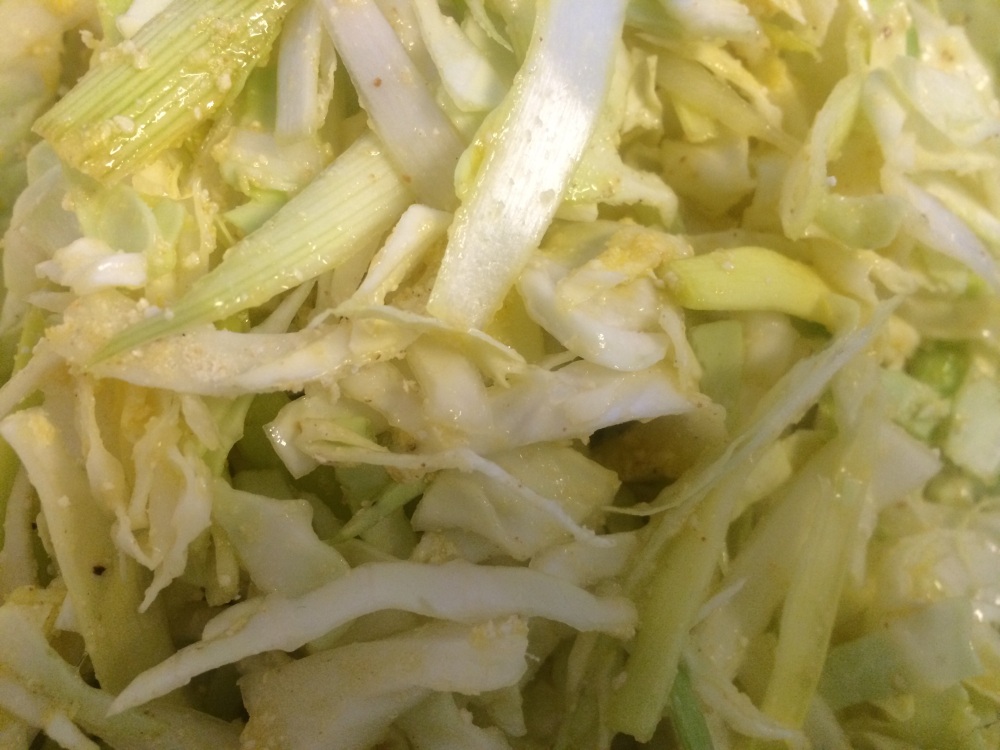 Heat 1 – 2 Tbsp oil in a large skillet over medium heat.

For each latke, pile about 1/3 cup of the mixture onto the skillet.  Press down to form patties.

Cook until browned, about 4 minutes.  Turn and cook until the other side is browned – between 2 – 4 minutes. Drain on paper towel and keep warm in the oven.

Meanwhile, steam the asparagus for about 4 minutes.  Then pan sear in the same skillet used to cook the latkes.  Remove from skillet and add to the tray with the latkes to keep warm in the oven.

Cook the eggs to your liking, I did fried eggs, but poached, sunny-side up, or over easy all would work well.  Season to taste.

To serve, place a latke on the plate, top with asparagus and then the egg or eggs.  Enjoy!