One of the main differences between the Persian Moslem diet and a Kosher diet is that Moslems eat shrimp.   So, here is a recipe for a simple shrimp and rice dish – Persian-style. 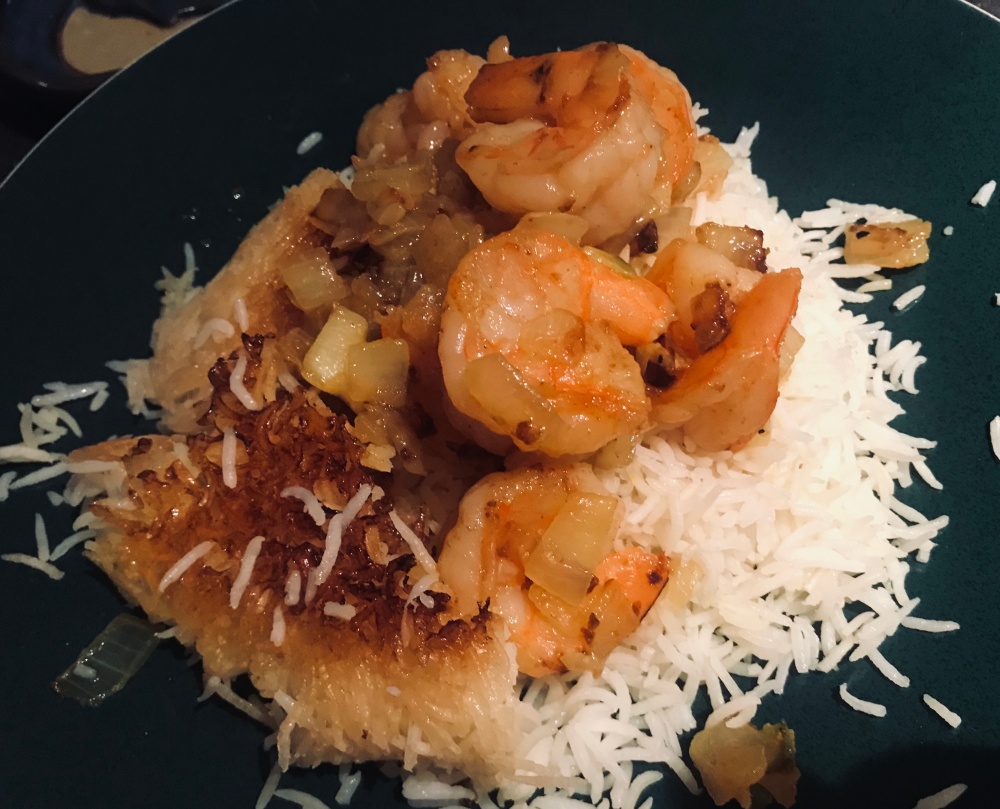 My son is a shrimp fiend, it is a toss up between salmon and shrimp as to which is his favorite protein.  He loves shrimp, but he loves shrimp cooked simply.  So, this preparation was perfect for him.  I cooked the shrimp with onions and garlic that were seasoned with cumin and turmeric, and it was all lightly seasoned with salt and pepper. He devoured almost half a pound of shrimp! 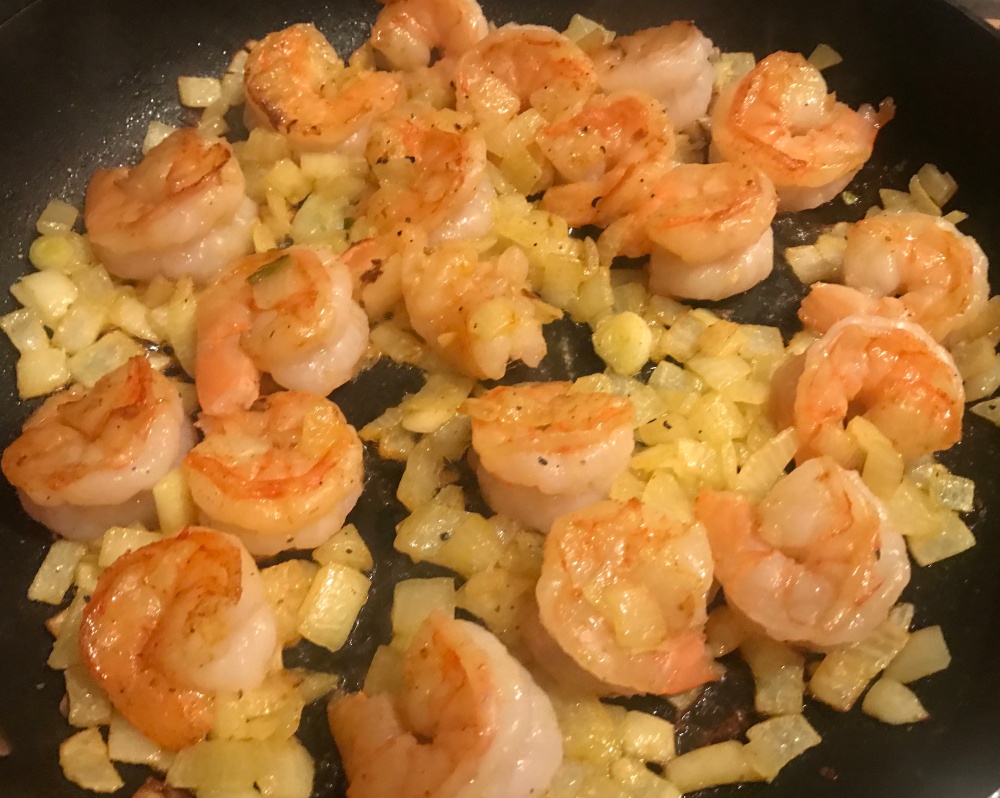 For my husband and me, I added spinach that I sauteed in the pan after the shrimp.  Although I am not including it in this recipe, I highly recommend it.

It is an easy, relatively quick, midweek dinner.

Heat the oil in a large skillet.  Cook the onion until golden, stir in the turmeric and cumin.

Place the shrimp in a single layer in the pan, shimmying it so that the shrimp is in contact with the bottom of the pan. 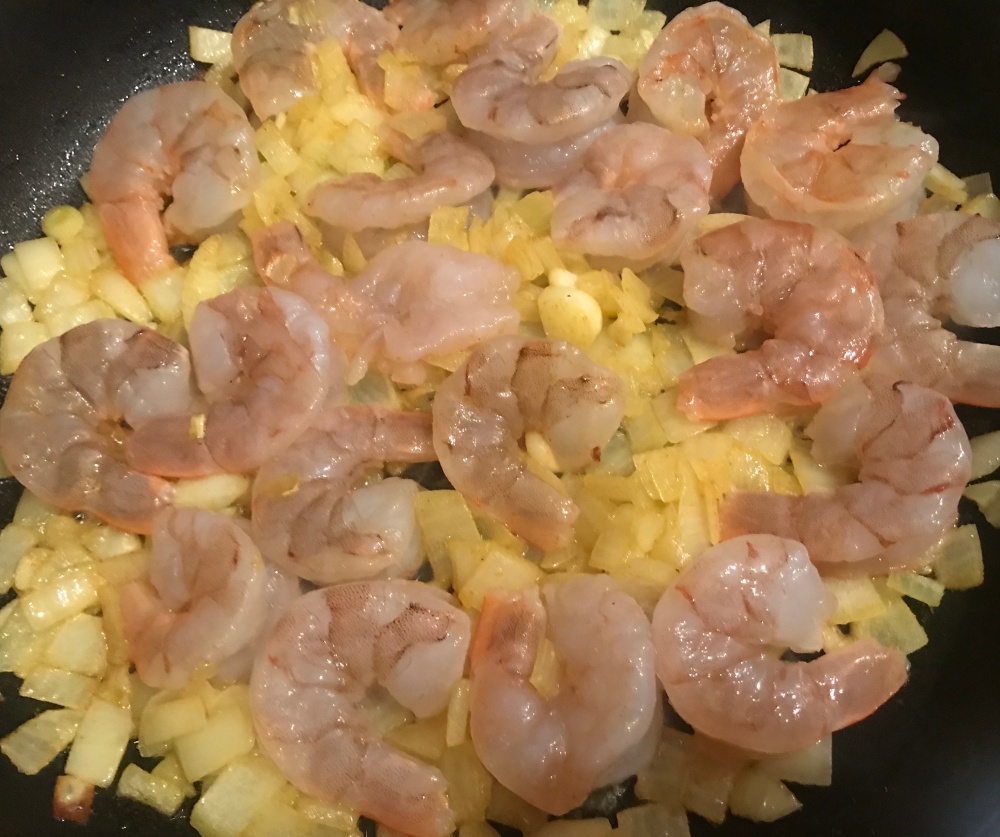 Cook for about 3 minutes, turn the shrimp over, season with salt and pepper, and cook until just cooked through, about another 3 minutes.

Serve the shrimp and onion with the rice and tahdig. Enjoy!