My early harvest items dictated our dinner tonight.  I harvested the heirloom kale (which looks more like chard, but tastes like kale, but you can use the stems like chard).

Because of the similarities to chard, I decided to use it in a dish I normally make using chard – Spaghetti with Swiss Chard and Garlic Chips (from Gourmet magazine back in 2008).  It was also a chance to highlight some of my garlic from the garden last year; I still have about 4 more bulbs.

This heirloom kale, I think it is Tronchuda kale, has an edible stem, so I was able to treat it like I would swiss chard and could chop and use the stem.  If you are using more standard kale, like red russian, don’t use the stems in this dish.

Heat the oil in a 12-inch heavy skillet over medium heat until it shimmers, then cook garlic, stirring, until golden, about 3 minutes. Transfer garlic with a slotted spoon to paper towels to drain.

Add onion to the skillet and cook over medium heat, stirring occasionally, until softened, 3 to 5 minutes.

While the spaghetti cooks….If using stems, stir stems into onion mixture with water and 3/4 teaspoon each of salt and pepper. Cook, covered, over medium-high heat until almost tender, about 5 minutes.

Stir in chard leaves (if not using stems add in the water salt and pepper) and cook, covered, until stems and leaves are tender, about 5 minutes. 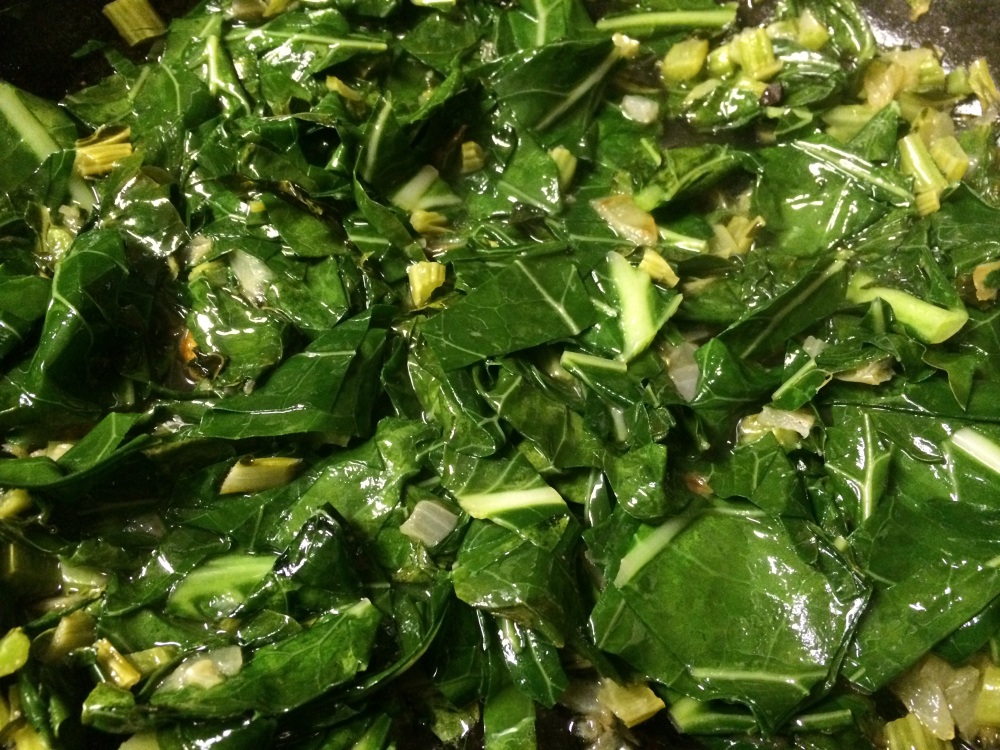 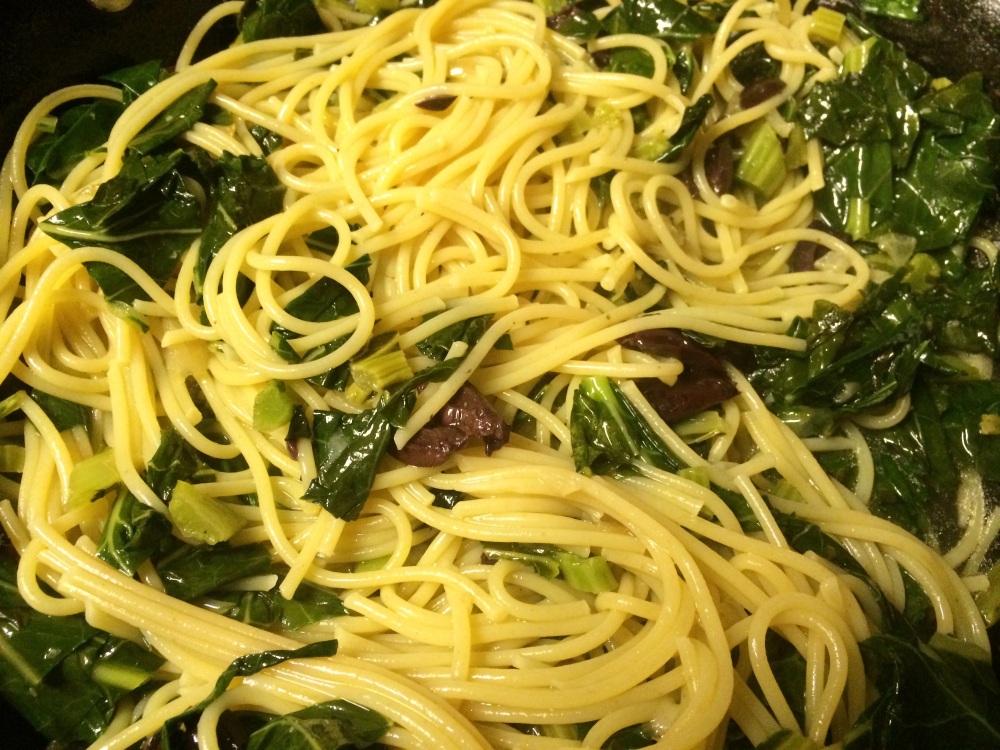